Chia has a sublime side. The plant is a cousin to sage and mint, with seeds as fine as stardust, as beautiful as caviar from the Caspian Sea, as lustrous as pearls from Polynesian waters. But, these small wonders, packed with nutrients, also have a much more prosaic benefit: they regulate our intestinal tract.

DNA: Chia seeds are a treasure trove produced by a herbaceous plant originally from Mexico. In pre-Columbian times, it was the third top food source, after corn and legumes. Then, it fell into disuse. For a really long time. Now, surprisingly, it is found among “new” food crops. Chia comes in black and white varieties, which are very similar in terms of flavour, texture and benefits. However, the darker seeds contain a smidge more antioxidants.

USE: Chia seeds can be roasted, toasted, ground or pressed to extract the oil. They can be made into pudding, where they pretend to be tapioca, or into energy gels that are hearty and invigorating. There’s nothing like chia seeds to thicken jams and vinaigrettes, replace eggs in baking and bind meatballs and falafel. And, it’s a well-kept secret that they’re an excellent base for ultra-nutritious grain-free crackers.

BENEFITS: In the plant kingdom, not much contains as much omega-3 fatty acids as chia seeds. Only flaxseed oil is a contender, but it goes rancid much faster. A mere two tablespoons of chia meet our daily omega-3 requirements. So why is everyone so excited about these tiny seeds re-emerging from oblivion? The answer is chia’s impact on our cardiovascular system, on good and bad cholesterol, and on the nervous system and emotional stability. Since it contains almost as much gamma-linolenic acid (omega-6) as evening primrose oil, this micro-seed is a gold mine! And if you’re still not convinced it’s a superfood, consider that it’s also high in fibre and is among the rare plants that provide a complete protein, since it contains eight amino acids. Oh yeah, and in terms of antioxidants, it tops blueberries!

SOAKING: Chia is more easily digested after soaking and more of its benefits become available. When a seed comes in contact with water, milk or fruit juice, it absorbs about 10 times its weight in liquid and becomes gelatinous, which is what gives chia pudding its interesting texture (see our recipe on page 46). Mix, let soak and that’s it. No rinsing needed. If you use chia dry, be sure to drink enough, because it will keep absorbing liquid in your stomach, which could lead to dehydration.

GRINDING: To grind or not to grind? There are two schools of thoughts on this. Some believe that, unlike flax seeds, chia’s porous exterior means it can be digested completely by human enzymes. Others believe the opposite: that without grinding chia seeds, we only absorb the fibre.

SPROUTING: Sprouted seeds are easier to digest and allow more nutrients to be absorbed. The process concentrates chia’s vitamins and minerals and doubles its antioxidant score.

STORAGE: Freezing seems to be the best option. But whole chia seeds can be kept up to two years in an airtight container stored away from heat and light. 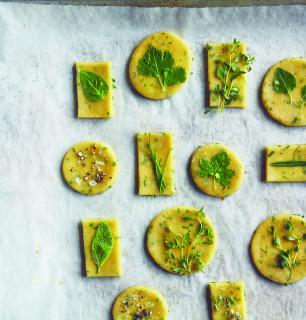 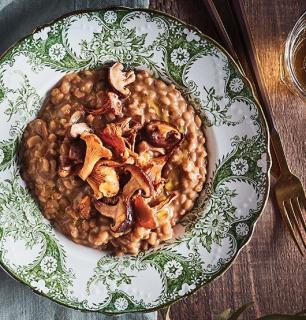 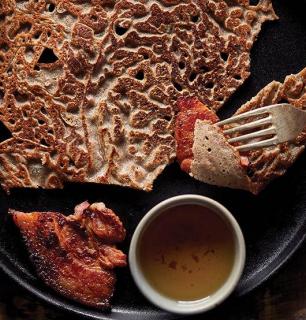 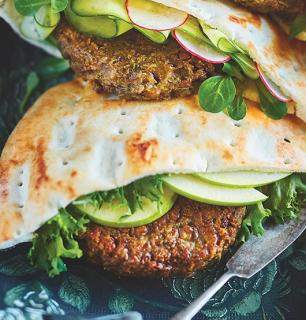