In Quebec, the sunny season lasts about five minutes, so everyone rushes around trying to savour every last second! When snowflakes persist well into May, and the first frost threatens as early as September, you learn to make do: you start your herb garden indoors in pots, and later, you hang summer’s bounty upside down to preserve it.

Generations upon generations have jarred pickles, canned beets and made jam to save some goodness through the winter months. But what about sprigs of thyme and tarragon? Or rosemary or the velvety invasion of mint? This year, everything’s coming up parsley and sage – and dill, savoury, cilantro, chervil and marjoram!

HARVEST  The flavour of herbs is at its peak when the flowers are budding. To avoid having to dry the herbs, pick them in the morning, after the dew has lifted but before the sun starts to overheat the plants. Select younger leaves, from the upper two thirds of the stem. Seeds, like dill, caraway, coriander and fennel, are gathered when fully ripe, at the end of the season.

KEEP  Herbs can be kept in several easy ways. You can start by placing cut herbs in a jar in the fridge with their roots in water (just remember to change the water often). If you want to keep cut herbs at room temperature, place a plastic bag over them to create a greenhouse effect. Drooping can be remedied by putting a piece of pineapple core in the water – how’s that for a trade secret? The fruit’s natural sugar feeds the herbs and extends their life by a few days. If the roots have been cut, roll your herbs in a damp cloth and place in a bag that allows moisture to escape.

PRESERVE  At harvest time, bold measures are in order to save as much as possible of that green gold. Salt is one option to prolong the life of herbs, whether individually or in whimsical mixes. Rosemary, thyme and oregano, for example, get along very well, especially with a boost from a couple of cloves of garlic and the zest of a lemon. This mixture makes for smashing mashed potatoes, soups and salad dressings. For best results, go for leafier herbs. Finely chop all the ingredients and add salt (ideally kosher) in a ratio of about one-quarter salt to three-quarters herbs; although some people swear by half and half. Spread the mixture on a plate, let it dry for a few days, jar it loosely and store it in the refrigerator.

COOK  Because heat releases the powerful flavour of herbs, whereas cooking them too long makes their taste fade, it’s best to add them near the end of the cooking process. On the other hand, cold delays the release and intensity of flavours, so herbs are best added to cold dishes at the very beginning, adding more if necessary.

DRY  There are so many ways to dry herbs, and a few tips to remember. Species with small leaves and long stems, such as oregano, thyme, savoury and basil, are well suited for air drying. Others, such as coriander or dill, which are also prized for their seeds, do best hung in bags. In both cases, small bouquets should be tied together, and hung upside down in a dry, well-ventilated area, out of direct sunlight, to prevent mould. After one to three weeks, the herbs should crumble between your fingers – a sign that they are thoroughly dry. Store dried herbs in airtight containers and use within six months. For broadleaf herbs, rapid drying is best. Spread the leaves on baking sheets and bake at 150°F (65°C), leaving the oven door slightly ajar, and turn regularly. After a few hours: ta-dah! If using a dehydrator, remove the stems, spread single layers of leaves on the trays and dry at 95°F (35°C) until the herbs crumble (two to eight hours). Grinding herbs to a powder makes it possible to store them more compactly, but they don’t last as long.

FREEZE  Freezing is the best way to store chives and soft-leaved herbs such as basil, coriander, chervil, parsley, mint and tarragon. They can be frozen whole or chopped, and used to enhance the flavour of stews, soups and simmered dishes. Simply spread the herbs on a cookie sheet and freeze before bagging them. Frozen herbs will keep up to three months. You can make them last longer by blanching before freezing: immerse them first in boiling water for a few seconds and then quickly in ice water. Ice-cube trays can also be used, filling one third of each compartment with chopped herbs topped with water or olive oil. Once frozen, store the cubes in an airtight bag.

INFUSE  Infused oils can seem like magic, but there are some important things to remember to ensure safe and proper preservation. In one cup of very light olive oil or sunflower oil, add about 10 sprigs of fresh rosemary, each about finger length, or 15 or so leaves of fresh basil. Place in the oven at 300°F (150°C) for at least 90 minutes to prevent bacteria growth, and then cool for half an hour. Filter out the plant material, pour the oil into a sterile container and refrigerate. Herb-infused oil does not get better with time! Keep these for four weeks, tops. 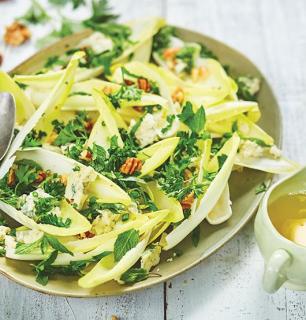 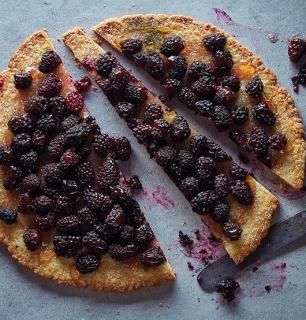 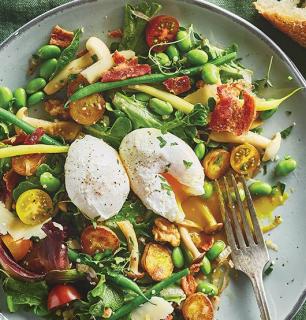 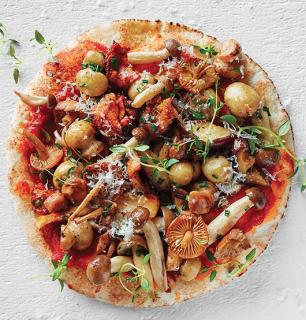