I don’t speak Italian, so the title didn’t come from me. But it does sound lovely, doesn't it, with its mix of rhyme and alliteration? The words rustle like cicadas in the Sicilian sun, push through the humid air like gondolas along Venetian canals, brush the skin with a glimmer of the dolce vita. And when a title conjures up so many images, it’s as hard to resist as the focaccia being talked about in the article.

I have a confession to make: not so very long ago, I was buying focaccia without even knowing what the stuff was called. All I had to do was point it out to the nice lady behind the counter and home it came, no questions asked. Some of my friends make their own. But I prefer slipping my Première Moisson focaccia in the oven for a couple of minutes to warm it up before setting it on the table with a “ta dah!” That is, if it makes it to the table… to be honest it’s hard to resist tearing off a bite or two or three of moist, mellow temptation. It’s hard to stand your ground against the mix of pesto and tomato, or mushrooms and Parmesan. Focaccia, which is similar to pizza dough, is considered the Italian version of fougasse. It works well warm or cold, and it’s popular with my blended family all year long, in every season. We kick ourselves if we pack a picnic without it. It can be cut into little squares so you can skip the forks and napkins – how pra-tico! – and focaccia is also versatile as an hors d’oeuvre. Believe me, as soon as the kids get close, it disappears faster than you can say delizioso, and too bad for the grown-ups. The strange thing is, I’m not a huge fan of tomatoes, mushrooms, cheese or even pizza. But, focaccia, mmm, ti amo. 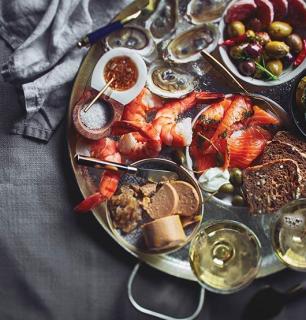 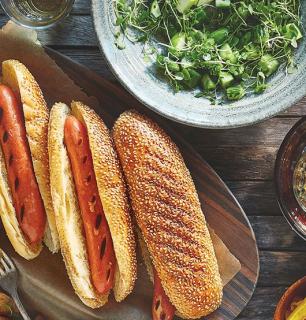 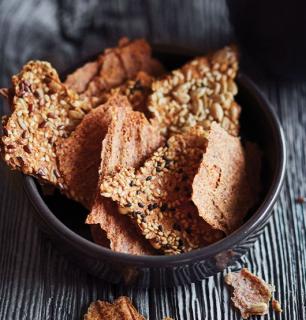 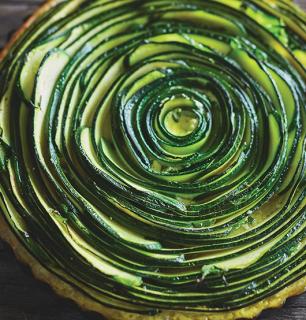