My bread in crumbs

“You have no right to throw away bread,” Josée Fiset said to me softly in an interview, but while keeping her eyes riveted right on mine. For two seconds, I wondered whether “thrown away” counted when it was given to the birds… We then explored one by one all the great ways to use crushed bread, without ever wasting any of it.

Breadcrumbs, it’s just bread broken down into crumbs. Super simple? Yes, yes and yes, but at the same time no, for there exist as many breadcrumbs as there are people who crush bread. Let’s take a look!

I buy: If you choose to buy your breadcrumbs rather than prepare them, take the time to read the list of ingredients! Breadcrumbs produced by Première Moisson in most of its locations are essentially made from water, salt, yeast or leaven, chemical-free flours. Among commercial products, some are very respectable, while others are loaded with undesirable ingredients: enriched white flour, glucose syrup, molasses, trans fats, preservatives… Some contain egg powder, a potential allergen, and others don’t even contain flour!

I prepare: Making breadcrumbs yourself presents several benefits: the conscious choice of their ingredients, control over a courser or finer texture, saving money and eliminating waste. A food processor and a baking sheet is all that’s required for the prep.

I choose: What bread should I use? Often, it’s the bread that decides, because it’s the dry bread that works! That being said, the bread-crust ratio of the baguette and of Belgian bread produce excellent breadcrumbs. Don’t underestimate whole-grain breads, which contain more vitamins, minerals and fibre. Good to know: breadcrumbs made exclusively from the soft, inside part of the bread will have less taste but will be lighter.

I dry: To avoid mould from appearing, it is We then to cut the bread into cubes, place them on a baking sheet and put them in the oven at 350°F (180°C), until they are very dry, but avoid browning. In the food processor, crush them more or less finely (into crumbs!), then return to the oven for a few minutes before letting cool at room temperature.

I season: It’s your choice to add salt and pepper, garlic, Espelette pepper, sesame seeds or dried herbs to give it “personality.”

I cook: Breadcrumbs are used with a melted cheese topping, for frying, for preparing stuffing or for giving texture to food. It is possible to fry foods without adding fat by cooking them in the oven rather than in a pan.

I preserve: Stored in an airtight container in a cool, dry place, they will last for several weeks. 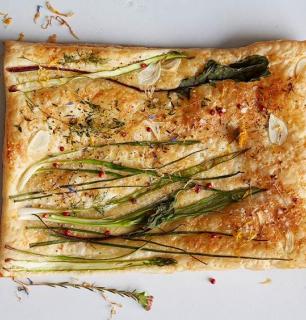 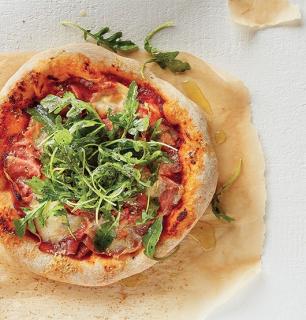